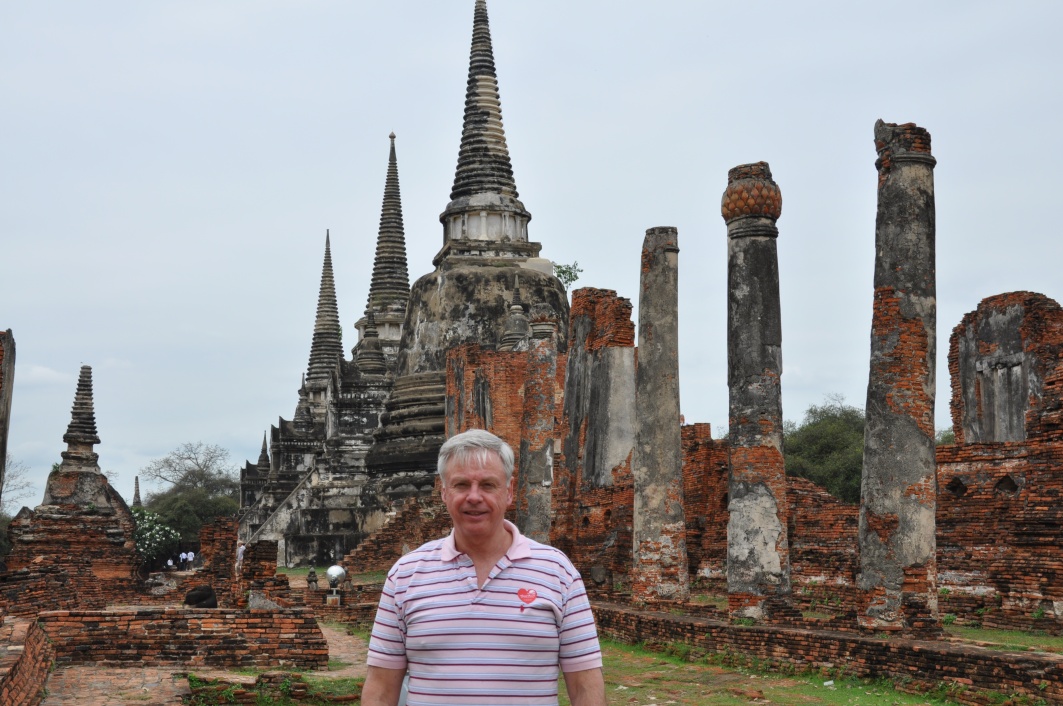 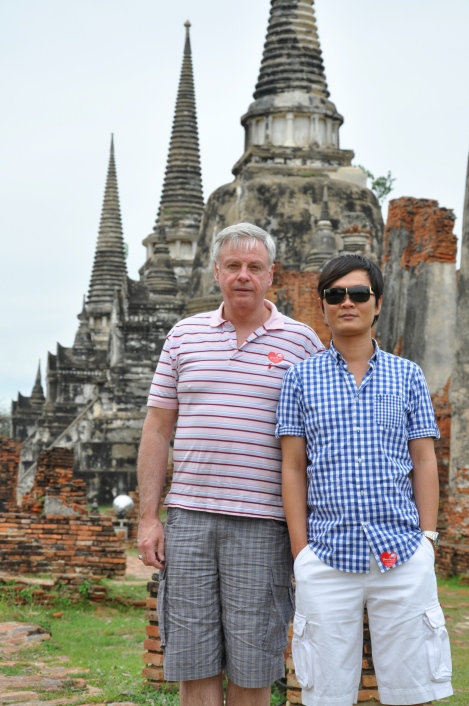 We visited this site, about 80 kilometres from Bangkok on a holiday trip to Thailand in 2011. The location covers the ruins of the old city of Ayutthaya,

History chronicles that Ayutthaya was established by King Ramathibodi I on Friday 4 March 1351 in the vicinity of an ancient settlement dating since the Dvaravati era (6th to the 11th centuries). The city state expanded its boundaries over the centuries, absorbing the Tai Kingdom of Sukhothai in the 15th century. A magnificent city in the 17th and 18th century with a cosmopolitan character, it became one of the most important trading hubs of Asia.

Ayutthaya was for 417 years the capital of the Siamese. The city fell on Tuesday 7 April 1767 at nightfall to the
Burmese, never to arise from its ashes. Sacked and plundered by the Burmese, dismantled in the reigns of King Rama I and Rama III to reconstruct the Siamese capital at Bangkok, the old lady had suffered severely. 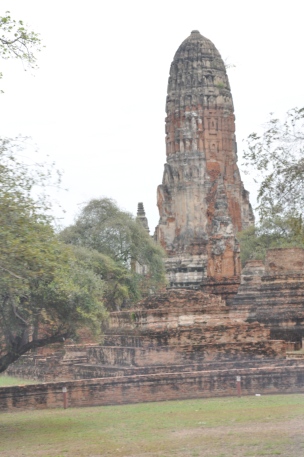 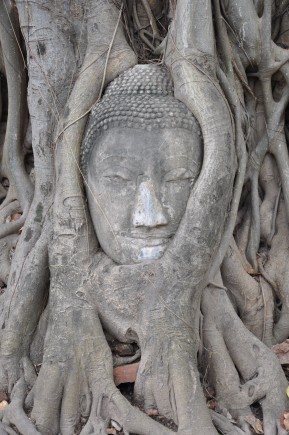 When last century, the demand for antiques increased and the amulet markets mushroomed, Ayutthaya’s ruins were
plundered one more time. During the sixties, witnesses recount, it was common for locals in the Ayutthaya area to gather the bricks of the ruins. Trucks from Bangkok came up to collect the bricks at 20 Baht a load. At par with the stolen Vishnu Anantasayin lintel of the Phanom Rung sanctuary that resurged in America after the War in Vietnam, rumors persist that statues and part of statues disappeared from the ruins in Ayutthaya during the
same period.

Nothing remains of the splendor that was once Ayutthaya, but a few (mainly reconstructed) ruins. In 1969 the Fine Arts Department began renovations of the ruins, which became more serious after it was declared a historical park in 1976. Thirty-five kings ruled the Ayutthaya kingdom during its existence.

In 1991, part of Ayutthaya Historical Park was declared a UNESCO World Heritage Site as an excellent witness to the period of development of a true national Thai art. The inscribed area covered only 289 ha of the central and southwestern parts of Ayutthaya Island; as a result, only certain groups of historical sites are under UNESCO protection. The sites including Wat Ratchaburana, Wat Mahathat, Wat Phra Sri Sanphet, Wat Phra Ram, and Wiharn Phra Mongkhon Bopit.