So where to go and what to do after returning from a year away from Policing and an amazing backpackers adventure to Europe, England and North Africa?

I wondered to the Northwest Territories in 1974 to catch up with my old RCMP troop training buddy and friend Tom and his wife Suzanne at Fort Norman, NWT on this mighty McKenzie River. They had married in Manitoba where I was best man and god father to their son so I thought it fitting to see how they were going in the North.

It was a place to contemplate my future and it was to be an experience of the rough and ready life in the northern wilds of the Northwest Territories of Canada. The Northwest Territories is a land that has never been tamed. Larger than all but a handful of sovereign nations, it’s where Canada’s biggest river weaves through an empire of forests and mountains. It’s where herds of caribou roam, where lakes are ocean-sized and fish are human-sized. Where polar bears roar and great whales spout. And where people trace paths, following life ways richer than the modern world can know.

The Northwest Territories is a land of six distinct regions to which I was exposed to just two of them – the Sahtu and the Western Arctic.  It was a different life in the isolated core of the territory, the frantic outside world had not arrived, and possibly never will. This is where there is a grand inland sea, Great Bear Lake– nearly 500 meters deep, slithering with colossal trout and with alluring place-names: Conjuror Bay, Grizzly Bear Mountain, the Scented Grass Hills.

Here, too, is the North’s king of rivers, the mammoth Mackenzie, six kilometers wide in places, pressing northward with its watery burden of driftwood, fish, barges, and canoeists. It is joined along the way by wild tributaries like the Redstone, the Keele, and the Mountain rivers. To the west of this, you’ll find a jagged world: the Mackenzie Mountains, pierced by only one path, the famous Canol Heritage Trail, and bustling with mountain sheep, caribou, moose and other game.

Here you’ll also find vibrant villages, thriving on the cusp of the Arctic Circle – no roads in or out, their hearty residents insulated from the woes and worries of the outside world.  Many of the settlements in the north were on the mighty McKenzie River and the lifeline for supplies during summer by barge and winter by ice roads. This is where I spent 2 years from June 1974 experiencing a very unique way of life in these remote communities, so check out these locations.

Population: 562 – This was my first destination and flying into this small settlement I found it hugging the broad Mackenzie where it’s met by the clear-running Great Bear River. The name has since changed to reflect the more traditional title, but I am sure not much else has.

This little town, long occupied by the Mountain Dene people, got its start as a formal settlement with the establishment of a trading post in 1869.

You can imagine my astonishment and bewilderment when landing in a very small plane on this rugged dirt runway after just returning from a European adventure.

Where was I? Fort Norman enjoys a dramatic setting: The Mackenzie Mountains rise across the river, while just north of town looms distinctive Bear Rock, famous in Dene folklore. 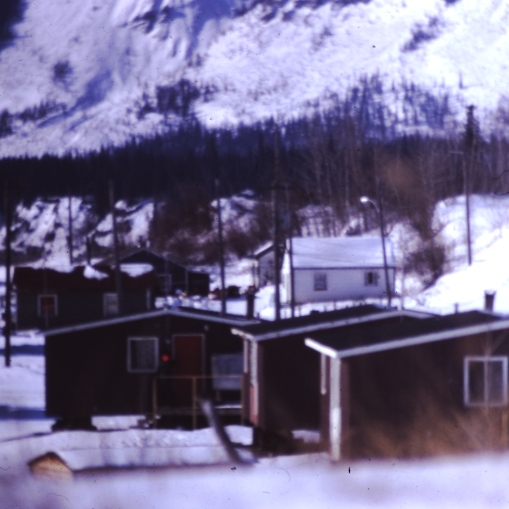 Not a winter wonderland

Village in the summer 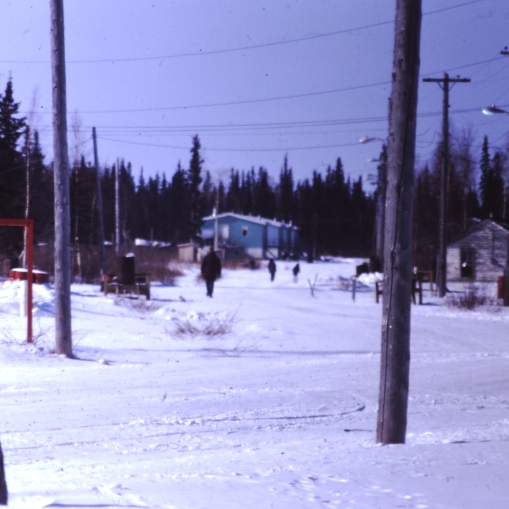 My time in Fort Norman soon became occupied with a short-term role with a local construction and transport firm (McPherson Construction) owned by a local.  I was hired to run administration and logistics for the firm involving business management, bookkeeping, managing the food and lodgings for his workers.  We also managed general construction, building log buildings and freight handling for the local airport, summer and winter road maintenance, water delivery and provided transport for goods arriving by river barge. 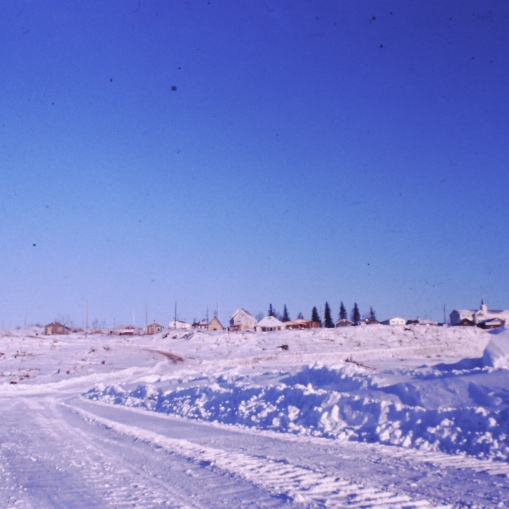 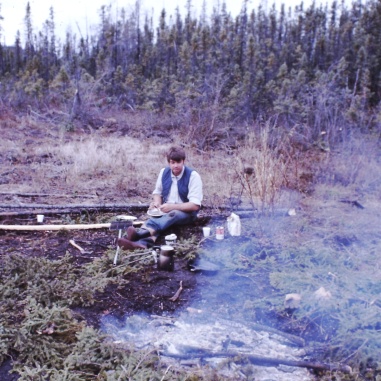 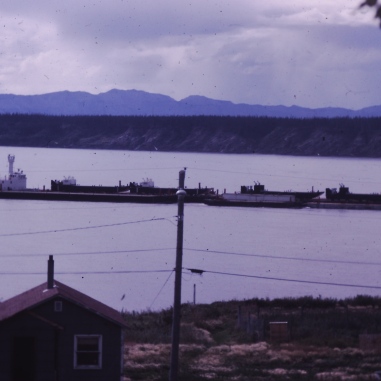 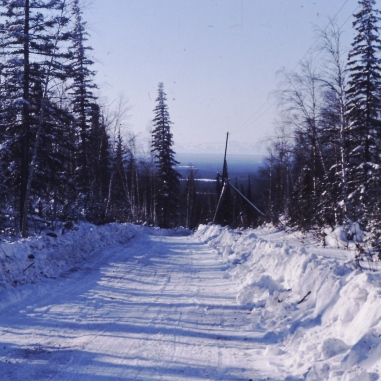 A nice job, until it snows 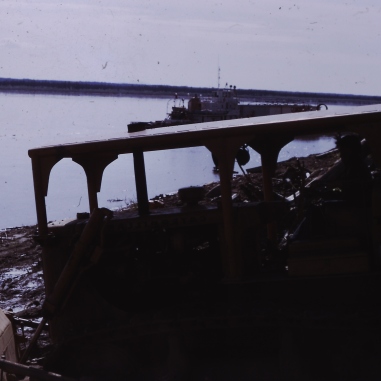 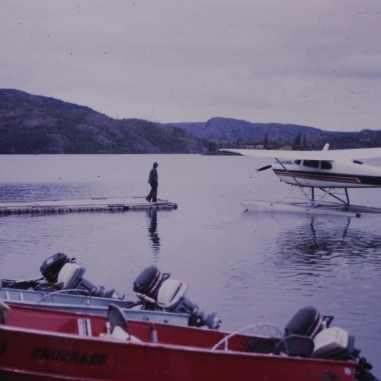 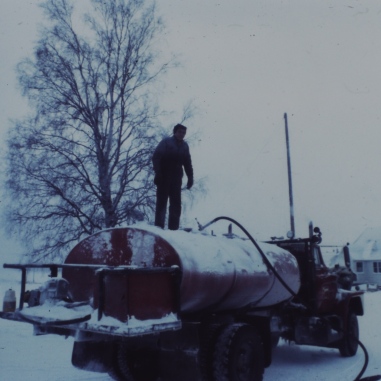 This turned out to be a worthwhile experience that provided me a wealth of practical and human resource skills but it was very challenging as well.  The owner didn’t mind a drink and would often go missing for days on end – his perception of responsibility and mine often collided.  The exposure to the community did allow me to mix more closely with the locals and to attend many of the indigenous people’s events and ceremonies.  This experience has stayed with me for all these years and it provided me a close insight into their way of life. 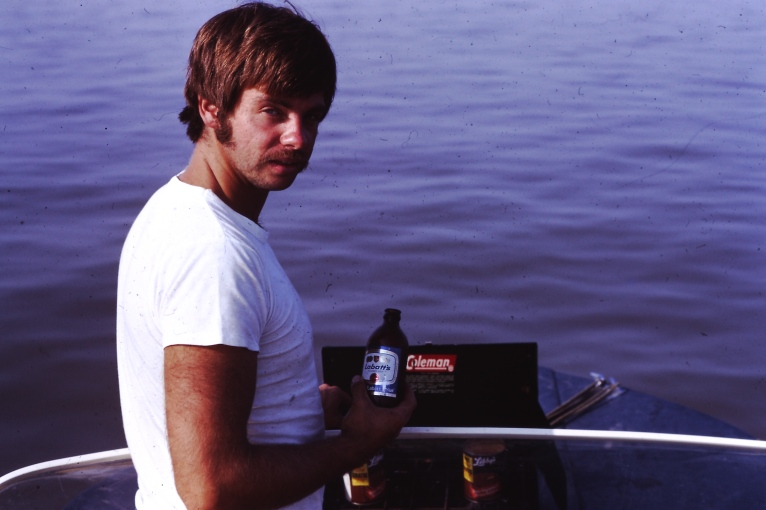 Summer in the north

Fishing in the north

Working with Tom from the RCMP, we managed to start a local scouting troop for locals. While living in Fort Norman and being involved with the RCMP detachment my friend Tom and I decided to start a Boy Scout Troop to help out the local children with a police community relations program to provide a positive activity in their lives.

As with many settlements in the north, there was often far too much alcohol and violence that permeated the day-to-day lives of many including the children  Please have a read of this little community-based project we got involved in – Scouting in the North: