It’s Valentine Day 2020 and Ace’s mother and friend are visiting so a day trip seemed a good idea. The weather is clear, and sky was blue, up early and on the road – first a Thai breakfast stop then a 3.5 hour drive up north in Chiang Mai Province to Fang District.

The views on the way through Chang Dao & look out over lovely towering hills, with the Ping river flowing peacefully beside the road. Much of the highway is 4 lanes with some patches of windy 2 lanes and military check points.

The road to Doi Ang Khung was improved last year and is much better although still very steep and windy. Signs warn that inexperienced drivers should not operate on the road. We arrived around 12:30 to a lovely temperature of 21 degrees (30 in Chai Phrakan at the bottom where the Japanese themed Hinogi Land is).

The Ang Kang Royal Agriculture station was founded by the late Thai King Bhumibol Adulyadej around 1969 to help raise the living standards of underprivileged hilltribes in the area. The station was designed to change the traditional growing of opium to more productive crops including research and demonstration farming of vegetable, fruits and flower growing in the region. 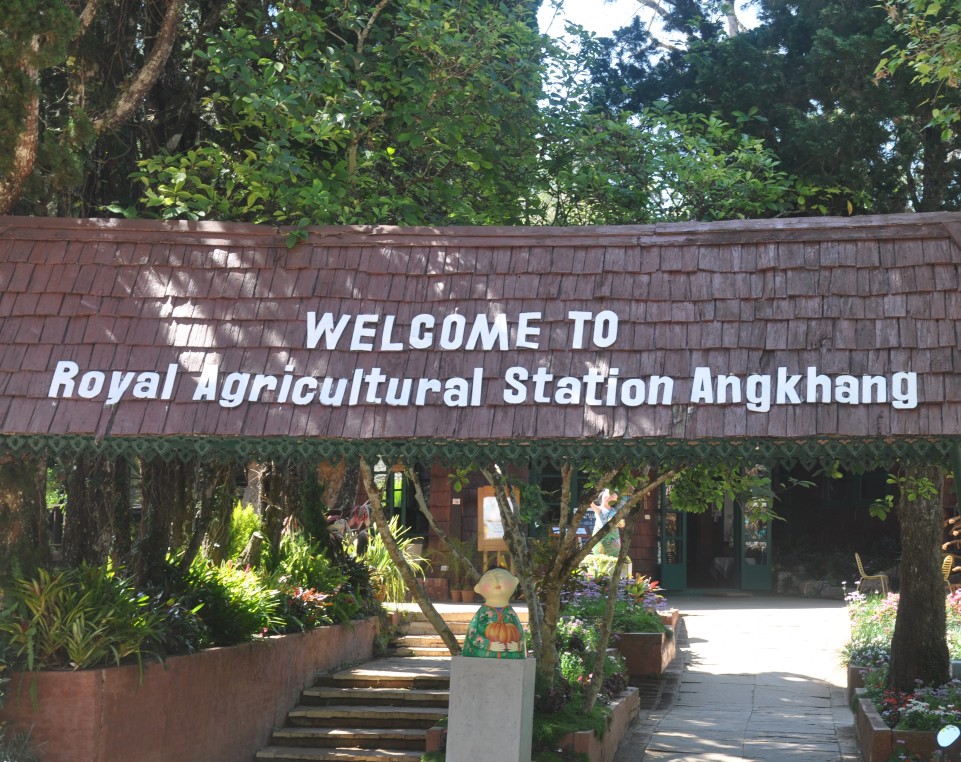 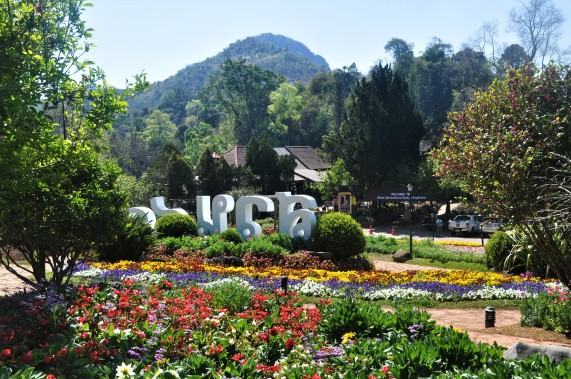 There is a very nice restaurant and coffee shop at this place. I always enjoy the food made from local produce and regional flavours. We enjoyed a good sampling of dishes from their menu as we looked out over the gardens and mountain vista. It was quiet being a Friday and with the current flu virus scare keeping Chinese tourists away.

It seems that bird watching is also a favourite pastime in these parts – a group of tourist birdwatches came to lunch when we were there, along with their guide, binoculars and big cameras. 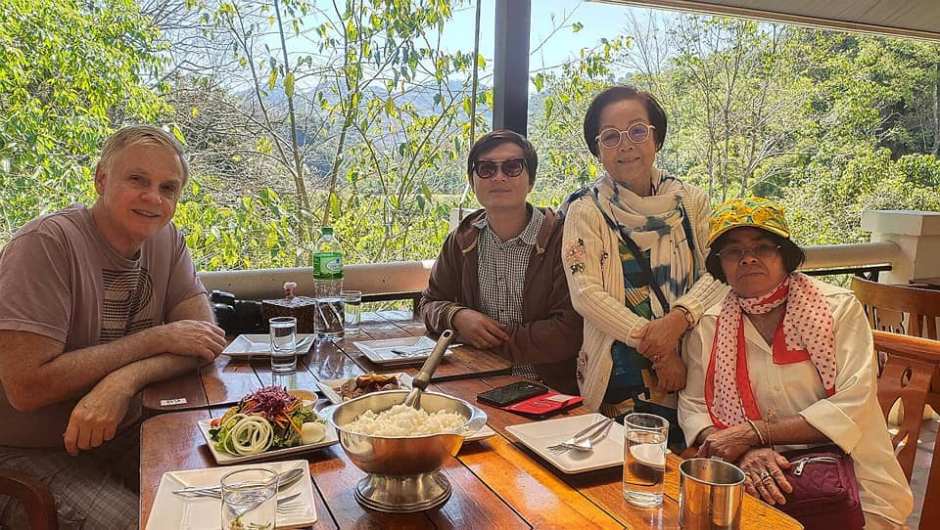 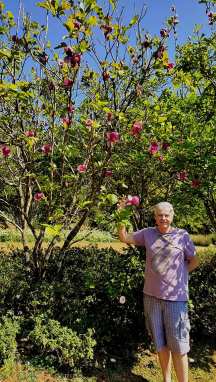 After lunch and stroll around the garden displays and plantings and a look around the agriculture stations other displays and information centre we decided to headed further up the moutain as far as you can go in Thailand – to the Ban Nor Lae Village and border crossing to Myanmar.

This grouping of peaks and valleys are home to the diverse mix of hilltribe groups including Hmong, Lahu, Palong and Lisu who have lived in these parts for hundreds of years.  They live in their traditional ways and the women are seen in their traditional costumes. The hills are used for cultivating crops for themselves to sell or for the Royal agricultural project. It is a very rural and traditional way of village life up here.

There is a Thai military based located on the top of the mountain ridge on the Thai/Myanmar border. The Thai flag is proudly flown and an open to the public viewing area looks over the Burmese flag flying on the military check point on the other side of the valley.  There is a border crossing only open to Burmese three days a week to enter Thailand from the mountain trails for trade in the area. 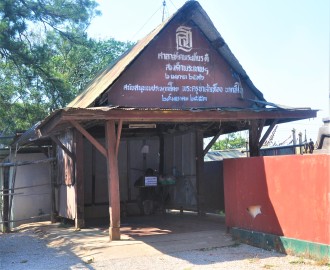 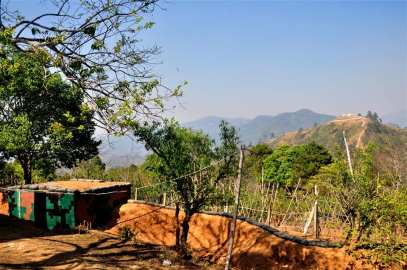 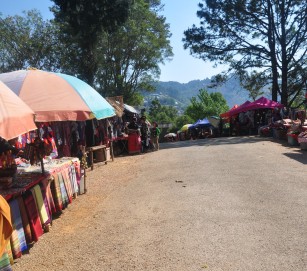 There is a strawberry farm in the area and other ethnic hilltribe villages. The Nor Lae is a Palaong village. We were able to buy some lovely strawberries and other fruit and vegetables on the way home. There is a small town at Doi Ang Khang situated in the picturesque hills mainly to cater for visitors.  There are also tenting places on the mountain that view over the valleys below. 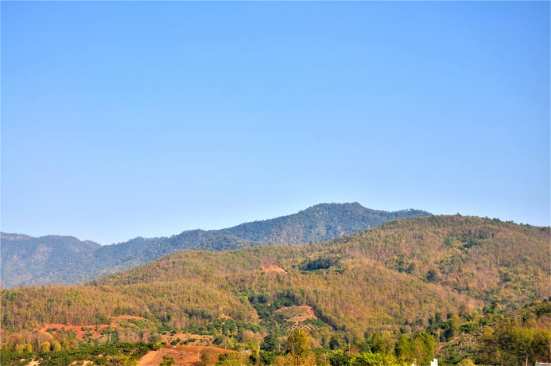 A lovely day out – 11 hours on the go, but a stop for coffee on the way home was enjoyable.  Ice coffee and some ice cream cake to round off the journey & the belly. Some nice memories of the way of life in the North of Thailand.