It was our 20 years anniversary celebration – a quiet outing – taking to the highways in our ride to explore some new areas of Thailand not visited before. We headed south this time to check out Bhumibol Dam, the border town of Mae Sot (350 km) and then an historical park between Sukothai & Uttaradit (250 km) and the local scenery in between, then back to Chiang Mai (240 km). 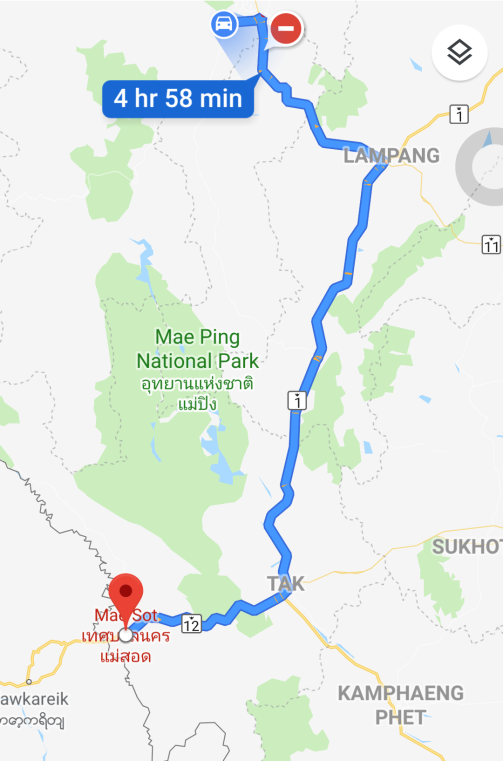 Visiting Bhumibol Dam, we learned more about the infrastructure of Thailand. It is built across the Ping River, at Khao Kaew. Construction began in 1953 and was operational by May 1964. It claims to be the biggest and tallest dam in SE Asia with a height of 154 meters. It produces electricity and there are many recreation sites nearby. Well kept and manicured gardens. There are boat tours & house boats to rent apparently to enjoy the big lake behind the dam. It was a wet and overcast day on our visit so didn’t take to the lake but that didn’t dampen the adventure. Loved the views of mountains on the Thai Burma border as we drove along. 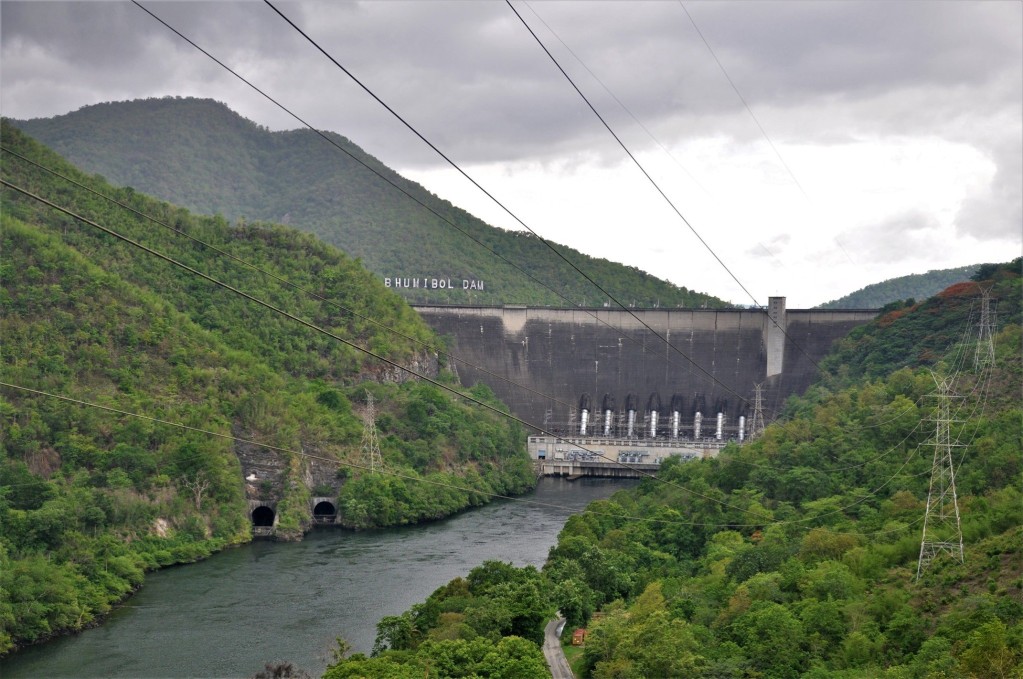 After the hilly drive from Tak on upgraded double lane road, there was the border town of Mae Sot . It seemed a mix of quiet, sleepy town and busy border crossing. It is apparently often known as “little Burma” these days with an ethnic mix of Thai’s, Burmese, Karen, Hmong and Farang (working for NGO’s that support the refugee camps). Found the often spoken about Mae Tao Clinic that supports medical assistance to refugee people from Myanmar, visited the Rim Moei market on the Moei River that divides Thailand and Myanmar to pick up a few unique items. Its also at the most western point in Thailand. We took time to sample Burmese tea cakes and French press coffee at Borderline (they offer refugee camp products), visited the 200 year old Wat Chumphon Khiri (built in the style of the Chawedagong temple in Myanmar) and explored around the old town center. The amount of trucks queued up for the border crossing procedures with goods from Thailand was so long and amazing sight. Trade is good it seems! 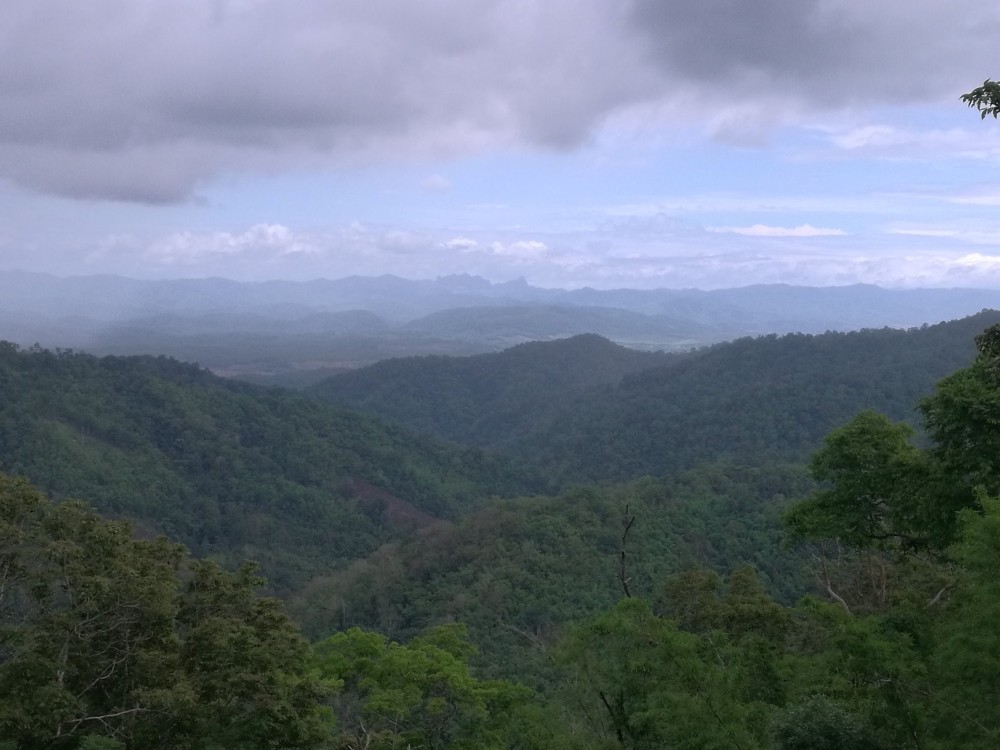 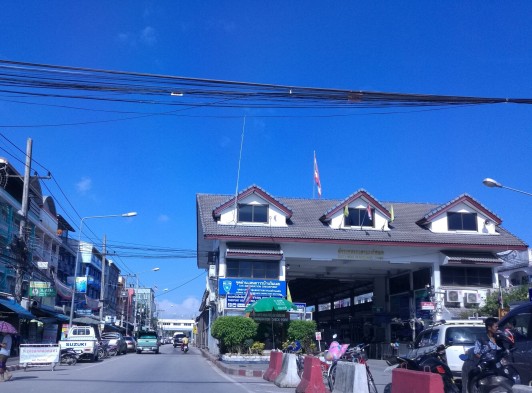 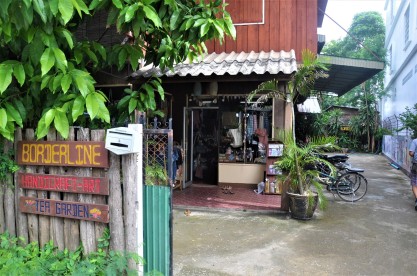 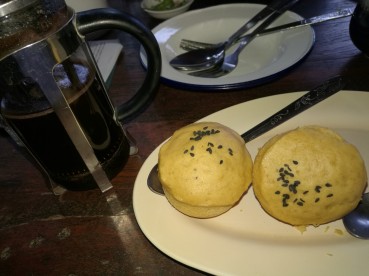 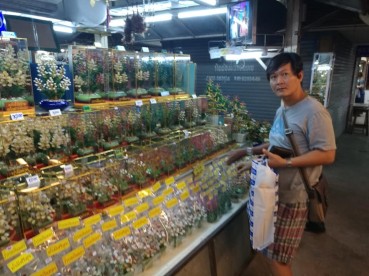 After a day on the road and finding accommodation in Mae Sot we enjoyed a lovely feast at the original of the Khaomao Khaofang Mae Sot restaurant – the one in Chiang Mai is copied from this one. It was an anniversary dinner & time to reminisce over the past 20 years. 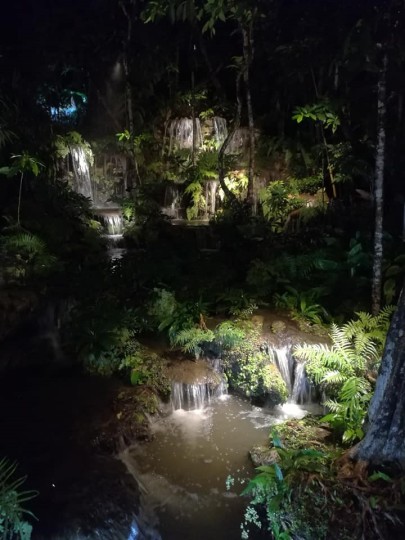 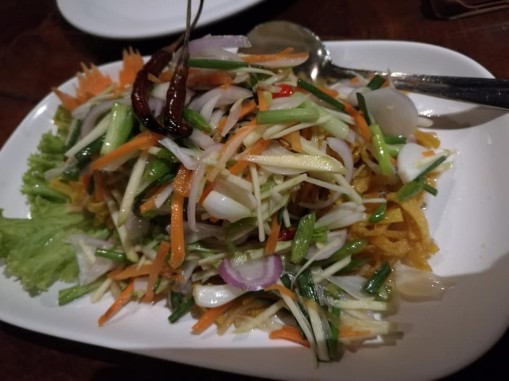 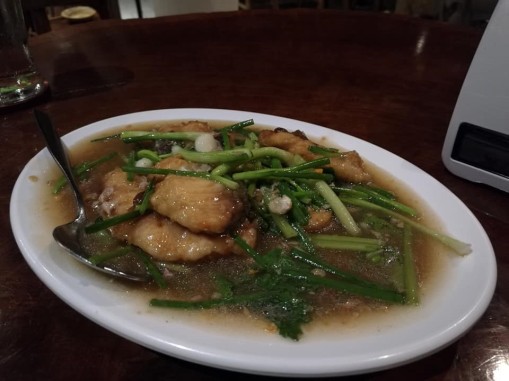 Driving back over the hills from Mae Sot our road trip meandered to Si Satchanalai Historic park in Sukhothai Province. It was opened in 1990. Having been to both Sukhothai and Kampang Phet Historic parks previously, this was the 3rd in the series. The park covers the ruins of Si Satchanalai and Chaliang. Si Satchanalai, which literally means “City of good people”, was founded in 1250 as the second center (satellite city) of the Sukhothai Kingdom and as a residence of the crown prince in the 13th and 14th centuries.

The city was rectangular in shape. In the 16th century, a 5-metre high wall with an upstream moat was built to fend off the growing Burmese attacks. The location of the town was facilitated by two neighboring dominant hills. 283 sites in the park have been surveyed – well kept park, historic sights and the tour guide on our tram explained a lot (to Ace in Thai). He stopped at one old temple and explained it was too late in the day to walk up to the top to explore as this was when many King Cobra like to come out of the jungle to lay around on the stones? OK, by me.

The park is maintained by the Fine Arts Department of Thailand with help from UNESCO, which has declared it a World Heritage Site together with the associated historic parks in Kamphaengphet and Sukhothai. Similar to Sukhothai Historical Park, Si Satchanalai Historical Park attracts thousands of visitors each year, who marvel at the ancient Buddha figures, palace buildings and ruined temples. The park is easily toured by bicycle or even on foot. More detailed information here. 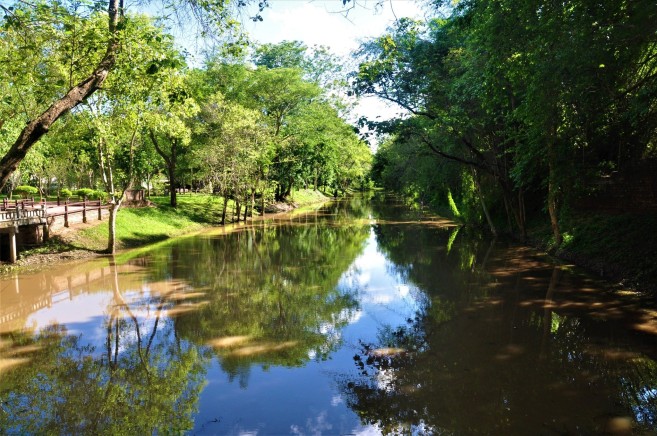 39 elephants around the base 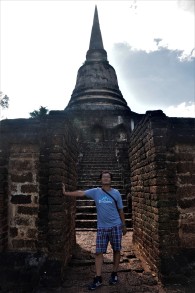 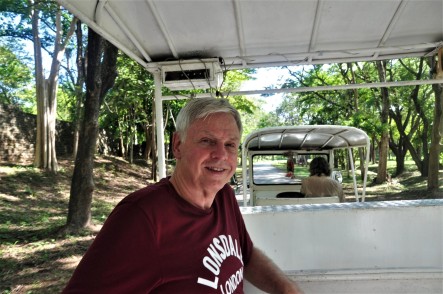 Tram ride to get around

It was a long day – seeing some sights and motoring across the central Thailand plains so why not – another lovely feast by the Nan River in Uttaradit & only 5 minutes from the hotel. It is always fun to find neat food spots while on the road & this one didn’t disappoint. ZapbyRiver was great food and lovely service. 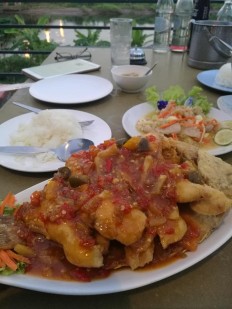 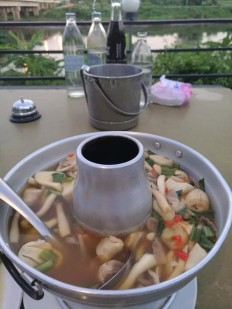 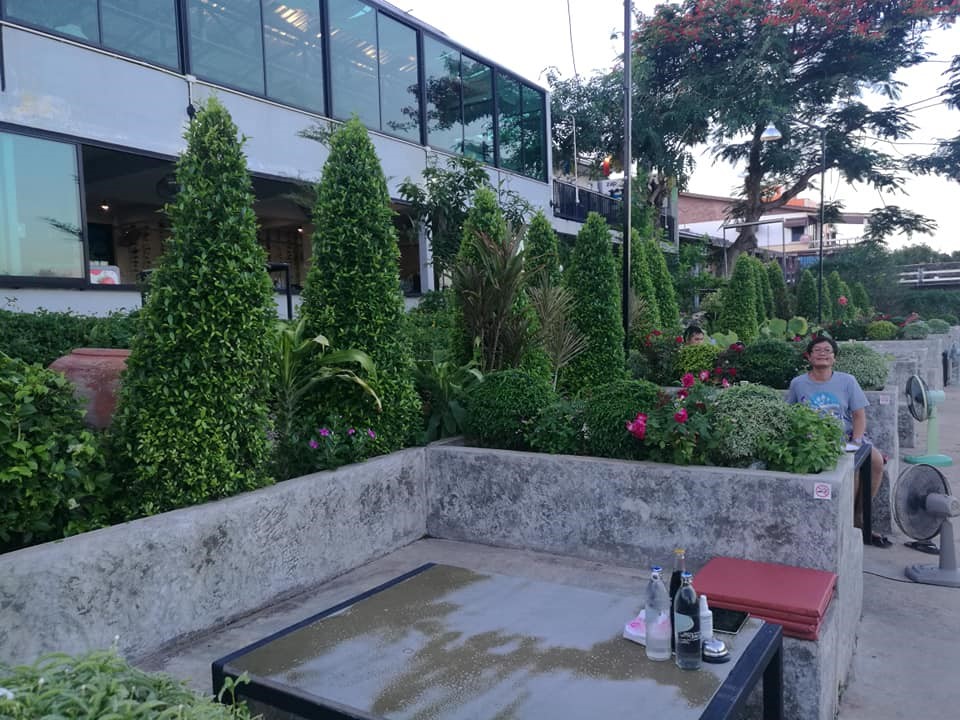 After a great nights sleep at a local Uttaradit Hotel & simple breakfast, we motored our way back to Chiang Mai. Doing some touring around old streets & sights of Lampang City. We stopped for lunch and then a few ceramic spots on the way home to look for a treasure. A great break from the routine, a nice little road journey and enjoyable anniversary celebration. 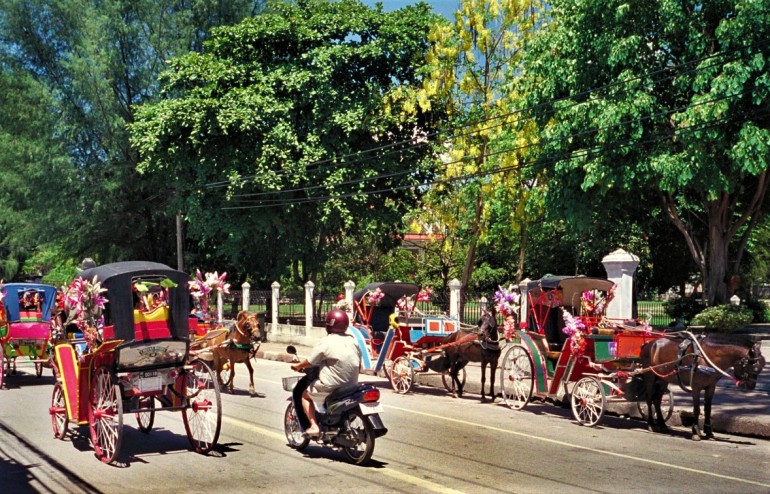