Not far south of Chiang Mai lay two cities that we have visited a few times to check out the temples, food and general sites.  It’s a nice day trip with a few things to see along the way.

Lamphun, a small northern town sandwiched between Chiang Mai and Lampang has a some history. Lamphun was founded as the city of Haripunjaya, a Mon kingdom-city, part of the Dvaravati civilization, established in the ninth (perhaps seventh) century by former Buddhist monks from Lopburi. Haripunjaya was first ruled by Queen Camadevi, daughter of the king of Lopburi, who apparently established the province’s reputation for beautiful women. The kingdom she ruled over thrived for several centuries, exerting wide influence across the region, before King Meng Rai used subterfuge to conquer the town in late 12th century and integrate it into the Lanna Kingdom based in close by in Chiang Mai.

Today, Lamphun retains the ambience of an old community, where life moves at a leisurely pace and remnants of the city’s fortifications remind visitors of the city’s history. Lamphun is some 670 kilometers from Bangkok and only 26 kilometers from Chiang Mai. Located on the banks of the Kuang River the town features temple spires and attractions that include ancient sites as well as forests, mountains, and lakes. 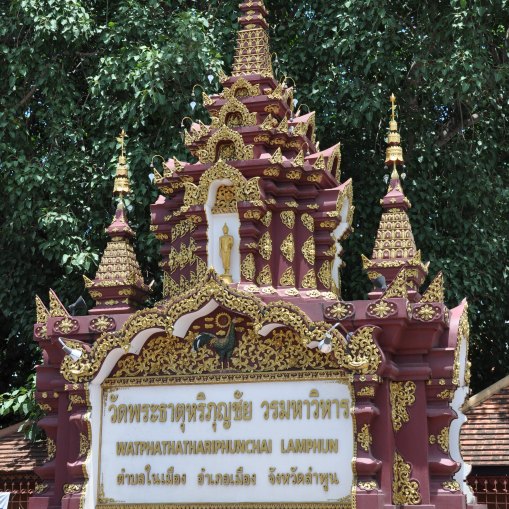 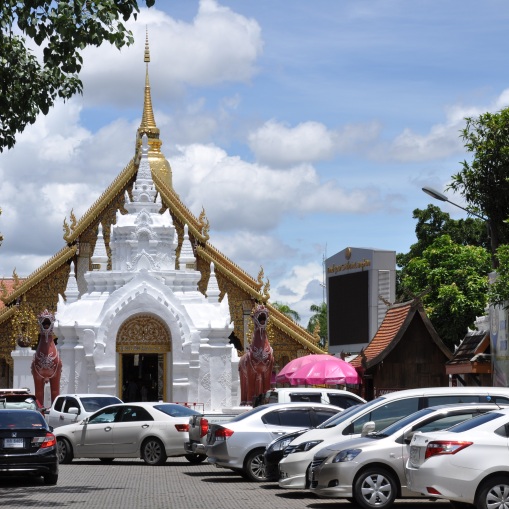 Lamphun remains a laidback, sleepy location that retains its fortified, moat-enclosed old city where the local population lives a relatively slow-paced lifestyle. We have enjoy visiting their unique temples and exploring the lush countryside where various hill tribe communities live and a number of natural attractions, including Doi Khun Than National Park.

Not far south again you can visit the Thailand Elephant Conservation Center. However, while the elephant center is certainly a must-see attraction, its worthwhile to visit the charming and somewhat unusual town of Lampang. Famous for its horse-drawn carriages and sporting a rooster on its provincial emblem, Lampang boasts a long history of human settlements within the Wang River basin, some of which date back more than 1,000 years. Lampang is rich in archaeological evidence from the kingdoms of Hariphunchai, Lanna, and Burma. 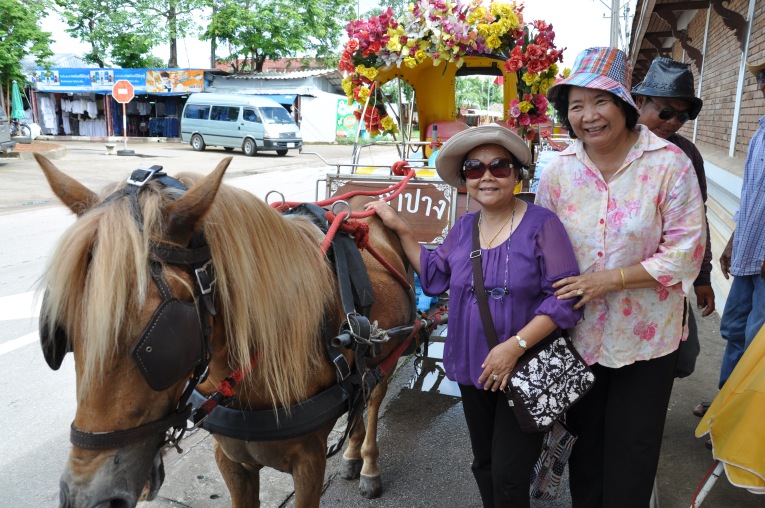 The horse and carriage, a mode of local transportation that has survived the introduction of automobiles to Lampang, is a fun way to explore the town, which features a number of beautiful old temples. According to legend the rooster statue, which you are likely to pass along the way, is a much older symbol of Lampang, dating back to the city’s former name, Kukutthanakorn, or City of Roosters, a name that was derived from a local legend about a white rooster that was sent by the Brahmin God Indra to wake the local inhabitants so they could give alms to the Lord Buddha, who was purportedly visiting the town.

The Thailand Elephant Conservation Center, the oldest and only government sponsored elephant center in Thailand, where the King’s white elephants are housed, visitors can learn about elephants, and elephant demonstrations are regularly performed. Lampang city is the capital of the province of the same name, a city that features horse drawn carriages, relaxing riverside bars and restaurants, a number of spectacular Buddhist temples, and a friendly, laid-back local population. 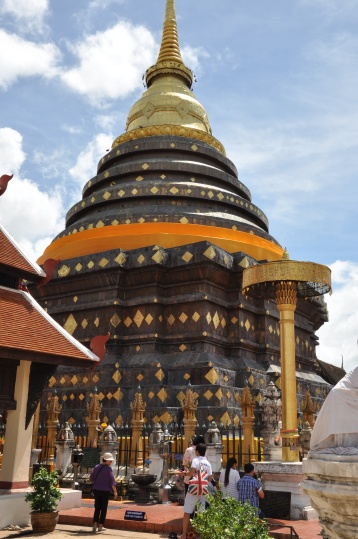 As with any trip and in Thailand food and shops are always nearby so its important to try out the offerings as you wonder…Thai people love to eat. 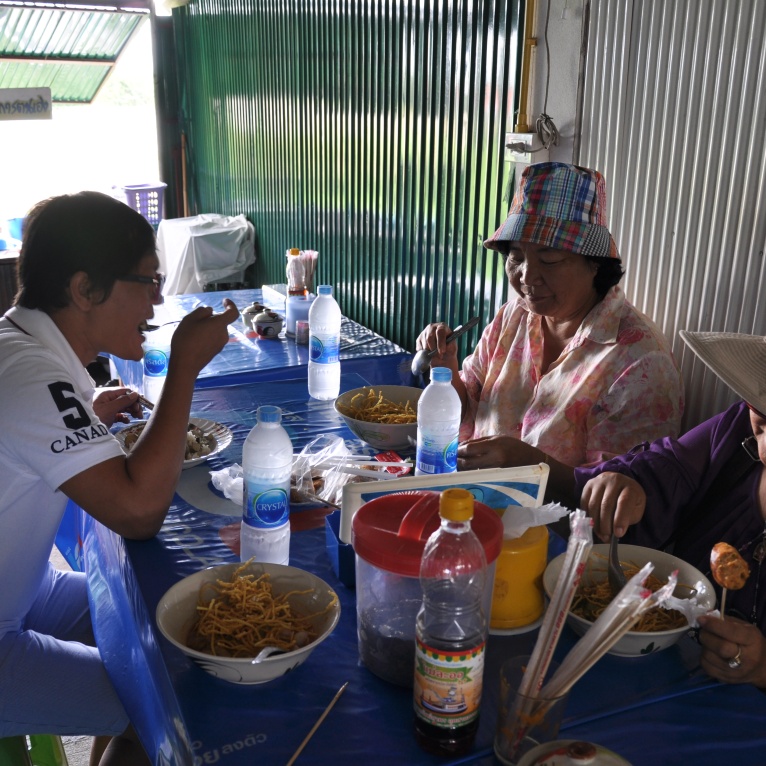 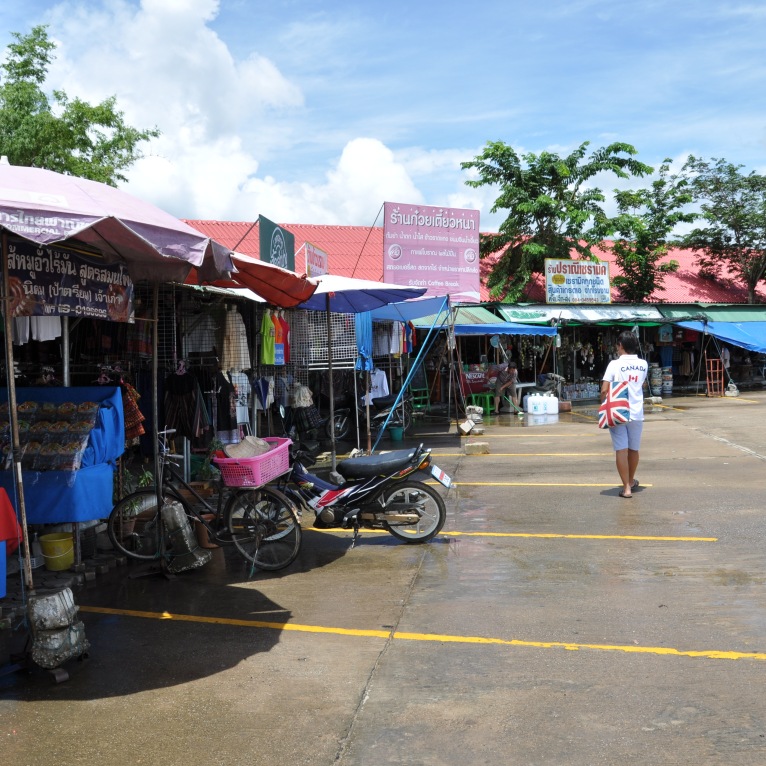