I can only remember two of my grandparents – my Dad’s father and my Mom’s mother. My family tree has its roots in England and Scotland from where the grandparents immigrated to Canada.

My dad’s father had a rural existence around Dartmoor, Dalrymple and Brechin, Ontario and as I believe with a shoe repair business. As a youngster, I remember visiting him at his very old, smelly and dilapidated house.  He used to give me a chocolate bar each visit which I always looked forward too. I never met my Dad’s mother as she apparently died younger during child-birth.  I remain confused as to the history of these grandparents as there is a picture of George and Nellie Elliott and then the grave stone say his wife was Ethel Harding?

I recently found some information that perhaps supports the story about the early death of his first wife and Ethel was his second wife. My grandfather did live with us for a while and I do recall that he smoked and often fell asleep with his cigars burning, causing internal family friction. Here are the pictures of him and their burial headstones along with Nellie’s and her parents. I can’t find information about Georges parents and family. 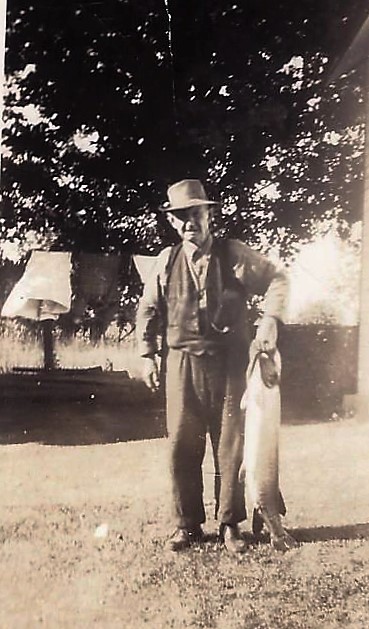 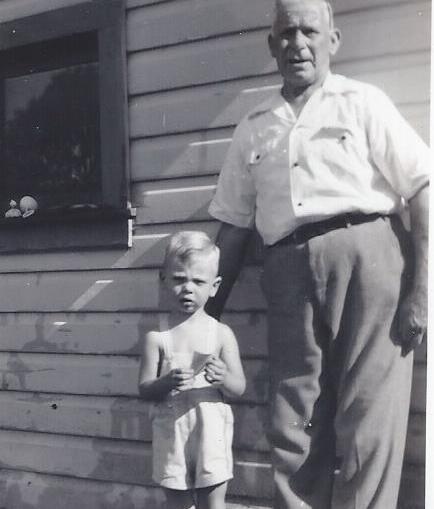 My mother’s father apparently ran a grocery store in Toronto, Canada and had some early involvement with the Loblaws who started the Canadian grocery chain store – but this detail is unknown .  He died prior to my birth and he wasn’t really mentioned as I grew up. 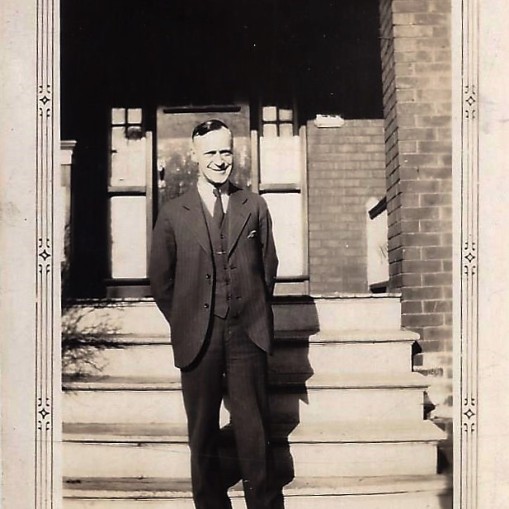 His wife, my other grandmother was Violet (McDonald) Higgins who lived in Toronto on Jackman Ave and was around when I was very young but I don’t recall very much of her.  She came to our house and we went to hers for a few visits before she passed.

So my grandparents had little involvement in my life. I suppose similar to me with my grandchildren in the US and Australia – but distance is the issue. I thought that a pictorial archive of my parents over the years was a great way to remember them and to showcase their own history: 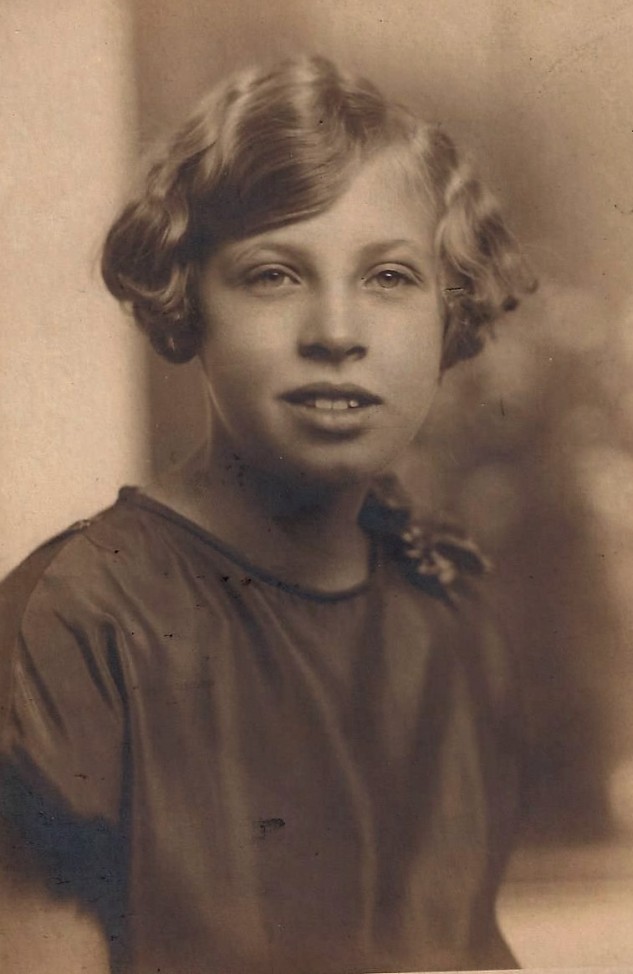 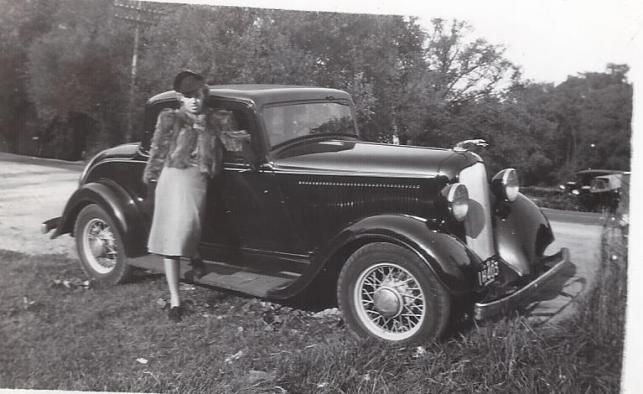 Mom worked when younger in Toronto office, for a time in a local ladies clothing shop and also did the administrative book work for the family business. She enjoyed golfing, family outings and social times. My mother passed away on the 29 May 1986 in her 73rd year and had her funeral service at Mundell’s Funeral Home on West St with burial at St. Andrews-At James Cemetery. 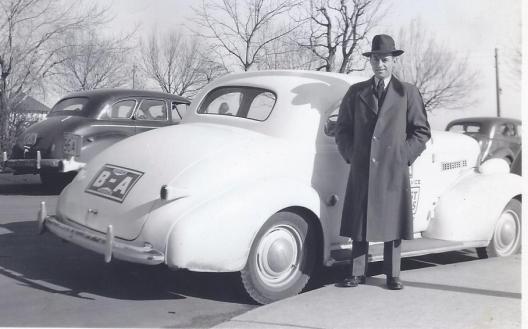 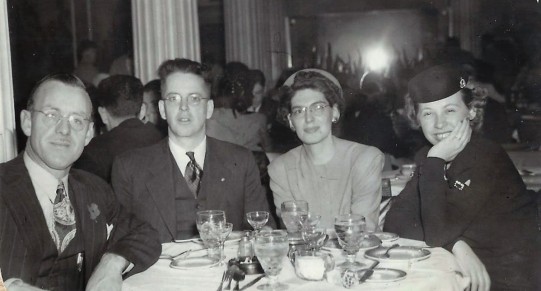 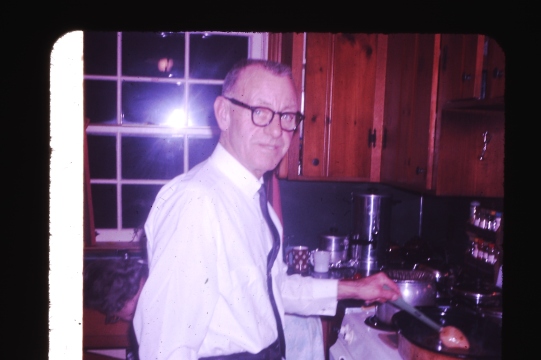 My dad was well-known in town as a local business owner of Bob Elliott Motors. He spent some time in the army motor pool, lived in western Canada before marrying my mother and then worked for Marshall Motors before starting his own business. He was a golfer, participated in the Lions Club, Freemasons and enjoyed his drink too much. After a lengthy illness at the hospital he passed away on 6th November 1983 in his 79th year. His funeral was held at Mundell Funeral Home on 8th November.  He is buried with my mother. So goes the cycle from birth, living and death.  The next cycle has started with my family as depicted in the this slide and am I proud to have great children to carry on the family name.

I’ve heard all the only child jokes and not having any brother or sisters at times was a blessing and at others a shame – I didn’t have siblings to share with. There was somewhat of an extended family  through my parents siblings. Unfortunately we weren’t that close-knit as I remember.  We did often visited with my mother’s sister and my cousin Judy in Burlington.  I am still in touch with her sons Warren and Mitchel these days on Facebook – a much smaller world.

I remember Judy’s father passed away suddenly, a bit mysteriously, when I was young and I really didn’t understand what had happened or why.  Uncle Alfred used to enjoy taking me to the local train station in Burlington when we visited and we would watch the trains passing through the station on their way between Niagara Falls and Toronto and marvel at their speed, size and destination.  It was a highlight of the visit for me as we usually got an ice cream cone to enjoy.

My father’s family was always a mystery of sorts to me.  I met his two brothers on only a few occasions with Grant living in Los Angles California and Sam on a farm at Didsbury, Alberta.  They did come to visit our house in Orillia on a couple of occasions during my youth – it always seemed a big event.  We went to California once for a visit and I met Sam on his farm when I was travelling across Canada after school graduation.  I don’t ever recall meeting my dad’s sister Lillian (?) who I later understood apparently lived in Orillia as well.

Some family secrets never were revealed it seems?  I also remember hearing stories of my father who had apparently been married before and lived in Alberta, Canada.  A tragic accident occurred on a farm where he lost his son & perhaps his wife or it was the cause of a divorce from his first wife?  I was never specifically told anything about all these family matters, so it remains a mystery for me as to what happened in our history. I never had contact with my other family members so as an only child with limited family around perhaps that’s why I like my own company these days and am happy to amuse myself. Don’t get me wrong – I enjoy socializing – but in small doses and I am not into big crowd events.

Growing up in this small Ontario town, with a fairly stable childhood, school mates, and friends, working in the family run business, having fun, enjoying life and dreaming of the future was my boyhood experience. 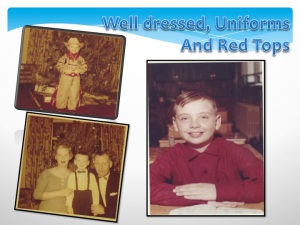 I was raised in a comfortable home environment with busy parents that ran the family business, golfed and socialized.  Our home was on a tree-lined street with lots of other children around.  Our house was about 10 blocks from the city center, and 5 blocks to the lake and town park – nothing was far away by walking, bike riding or taking the local transit bus.  We had nice neighbors with one being particularly close.  The lady of the house was widowed and retired.  She had a live in housekeeper, May, who was like a nanny to me in the younger days – always baking, feeding me and a great person to talk with. There were no fences between the houses in those days and life was very secure and content.

The house was older but relatively nice inside.  I do remember having nightmares and dreams of bad ghosts in our attic – a very scary place to visit as a young child. No body went up the creaky old stairs to the attic it seemed and that’s why I felt there were bad things there.  Clearly, as I grew older it became a less scary place. There were a lot of open areas in the back yards of houses on the street and the children of the street all played together, climbed trees, built forts and got along very well. We all seemed to have pets and bikes and enjoyed playing together for hours on end. Usually having to be called home to eat.

My House in summer

My house in winter

There’s a lot of snow

With my family having their own business that seemed to be thriving this provided me with some extra’s and adventures that many others weren’t lucky enough to have. I went to summer camps, often rode horses at a family friend, we owned a power boat to enjoy surrounding lakes and rivers of central Ontario, we had vacations and ate out at restaurants. I had good friends and great mates to play with as a kid,  but once old enough to work around 10-12 years old, I spent most of my spare time, when not a school or studying, working for my family’s business – a local vehicle garage repair and gas station.

This meant that most weekends and after school I was pumping gas (petrol), washing cars, changing and repairing tires, grease, and oil changes or doing minor vehicle maintenance or repairs. It was often dirty work and providing customer service during the hot summer, rainy days and freezing cold winters provided me with lessons in human behavior. The majority of customers were pleasant but on night shift the drunks often were challenging.  Complaints were handled by me calling home and letting my dad usually tell the complainant off.  I learned to drive at an early age as I shuffled vehicles around the service station lot.  We stored the large Greyhound buses overnight as well and I learned to move them in and out of the workshop.

I remember in the early years my dad operated a towing service and he would often get calls out at night to retrieve cars that had been in accidents, gotten stuck or broken down.  I thought it great fun to ride along and get involved with whatever activity was associated with the call out – it might be the police at accidents or a drunken driver buried in a snow drift – it all seems fun. My dad often had arguments with those that thought the price too much or wanted a line of credit for towing.  Maybe this is where I picked up some of my customer service concepts? 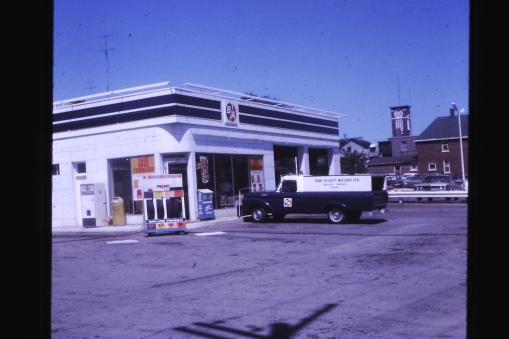 I spent much time here 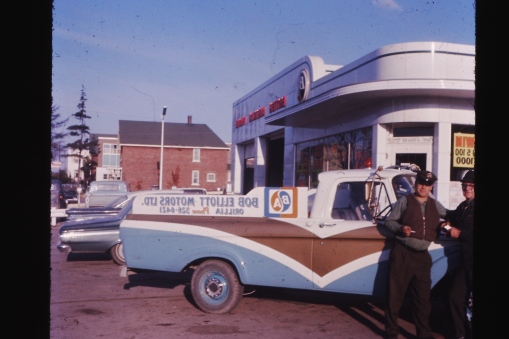 Working and being mentored from the rough and tumble mechanics and varied customers that frequented the family enterprise exposed me to the different types of people and behaviors – a great experience and a good grounding for my policing career and others later in life.  I learned that people were important to a business and that your own business is hard and long hours of work.

Across Canada – A Final Trip to Aus