Did you know that dance and ballet are very active in Chiang Mai? It is always a pleasure to be invited to performances in the Kad Theater at Kad Suen Kaew Center and so it was on Sunday the 26th March 17. The Chiang Mai Ballet Academy hosted two shows for their annual charity performance and Mom Luang Preeyapun Sridhavat the Owner, Artistic Director & Principal of the academy had invited myself and Ace along with other guests.

I was pleased to represent Australia and attend not only to enjoy the performance but to support ML Preeyapun who is also the Thailand representative of the Australian Teachers Of Dancing (or ATOD), along with her many other roles, duties and accomplishments. Ahead of the dance displays a few guests gathered for pictures and to socialise. 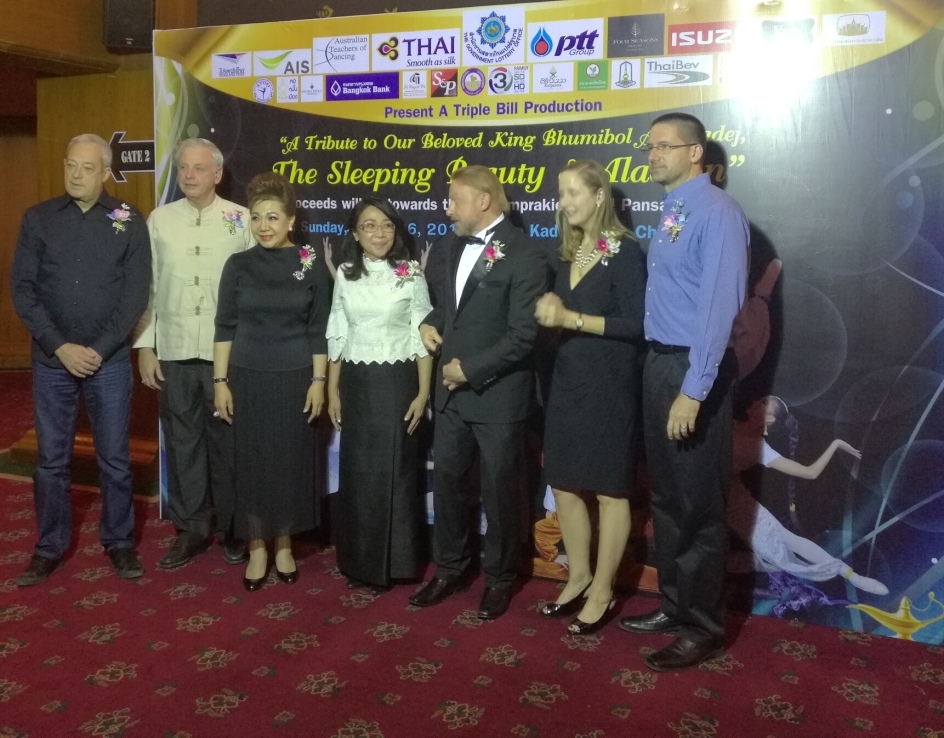 Relaxing and talking before the performance 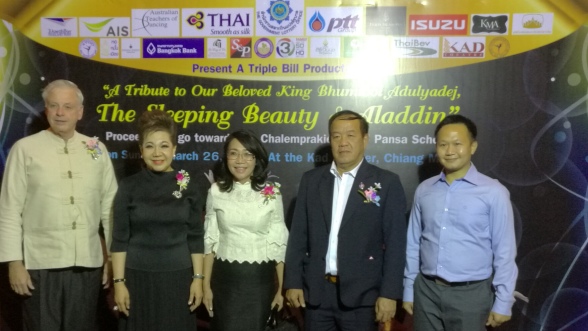 We attended the later afternoon show and the dance exhibition included a ballet piece designed as a tribute to the beloved King Bhumibol Adulyadej and set to music that was composed by the late King. This was followed by a very artistic ballet performance of Sleeping Beauty.  Then the audience was treated to a very lively and contemporary dance of Aladdin.  All performances were very well done and received by the audience. It was great fun to see the wide range of the dancers ages from Academy from the very young to seasoned professionals.  It all worked seamlessly and was a delight to behold.

Called to the stage

The cast and flower presentations

As the afternoon session was a final performance a few guests, including myself, were invited on stage with the dance cast and other supporters to pay tribute to and present flower arrangements to a number of people.  It was an honour to be part of this great event and to know that proceeds were going to a worthwhile school charity. We gathered after the show to take pictures with the cast for many who attended.

If you want to know more about the Chiang Mai Ballet Academy you can check out their website.