The weekend of the 27/29 January 2017 was an opportunity to showcase Australia and its many offerings including food, travel, education, general country information and music.

The Australian display was part of the Chiang Mai World Fair, that took place at Central Festival Chiang Mai.

This cooperative venture involved the Governor of Chiang Mai, the Consular Corps of northern Thailand, CPN and was drawn together and presented by an event organiser to highlight how Chiang Mai is connected to the world.

There was a spectacular media launch to promote the event. 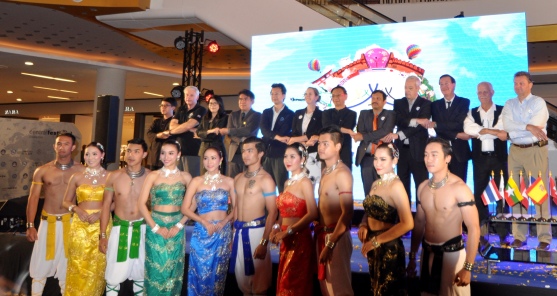 On the evening of the 26th January, Australia Day, energy was required to tackle the fit out for the booth.  We were up late getting the presentation ready for the first day and opening ceremony on the 27th January.

where do I start

Hey where does this go

so much stuff to display

With our prearranged displays and materials we worked to ensure the booth looked perfect for our visitors the next day.

Then it was on, we were open to public display,  There was a special opening ceremony that involved the Governor of Chiang Mai, special guests and the Consular Corps of northern Thailand.

The entertainment at the opening ceremony was grand and a show that was memorable for this event. 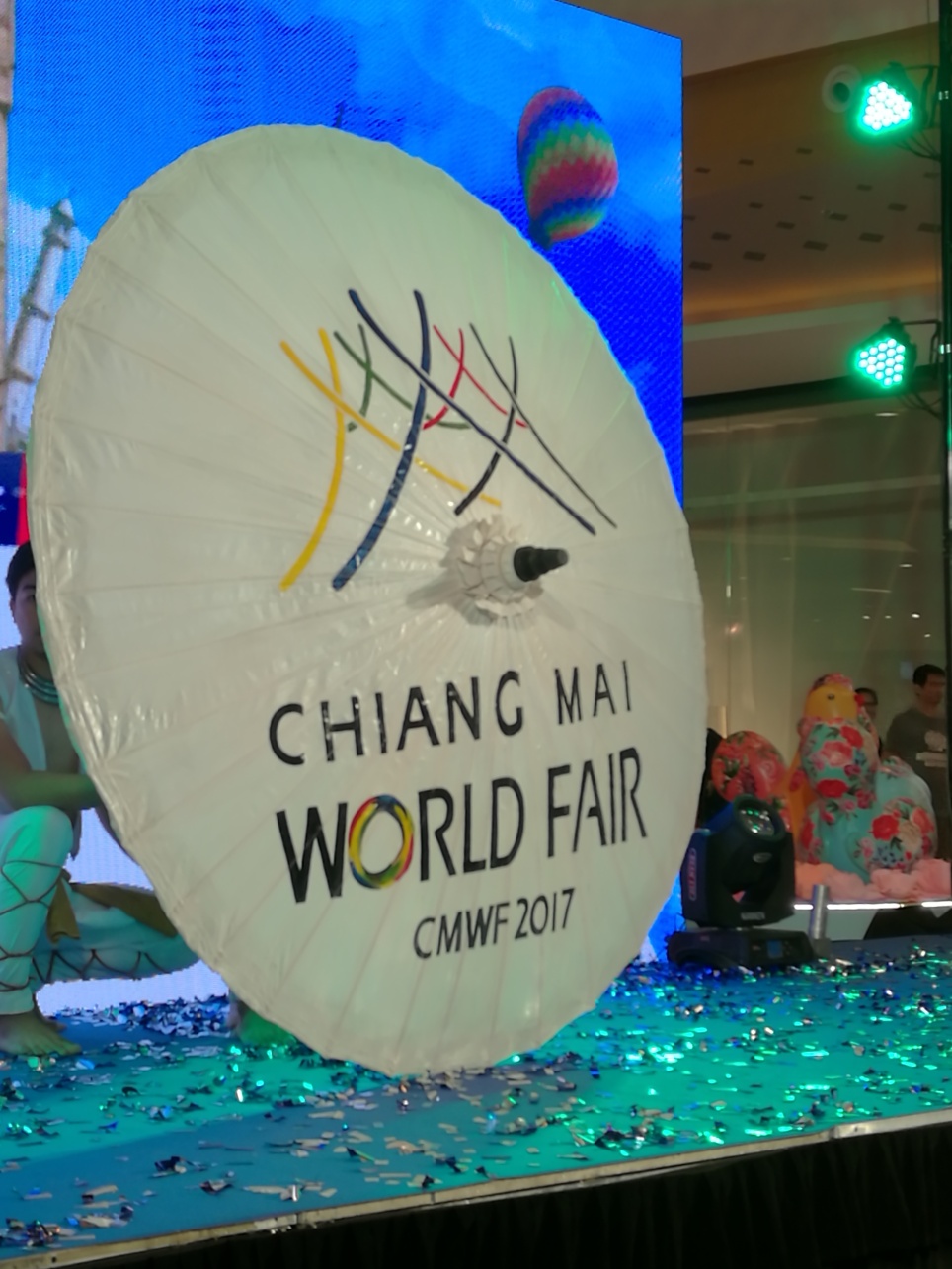 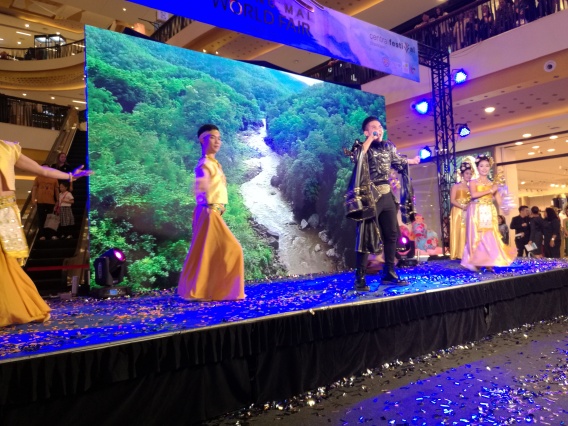 One of the special events for our booth was an Australia shaped cake prepared by Chef Zulal of Le Meridien.  She is a pastry and chocolate chef that created this masterpiece.

The Governor attended the booth to see the displays, chat about the country and learn a little more about Australia.  He had previously visited Brisbane for work.

He also was asked to help celebrate the booth opening and my consular appointment with a cake cutting followed by some sampling. 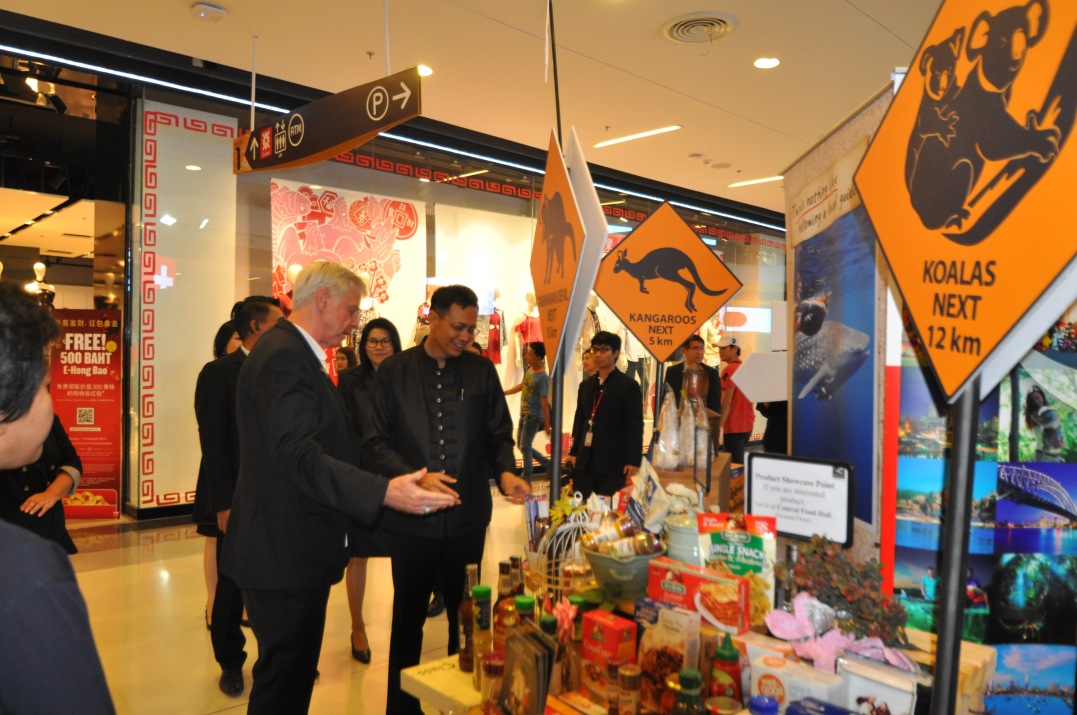 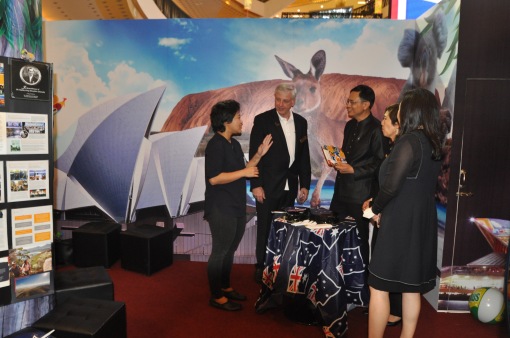 Sally on being an Alumni 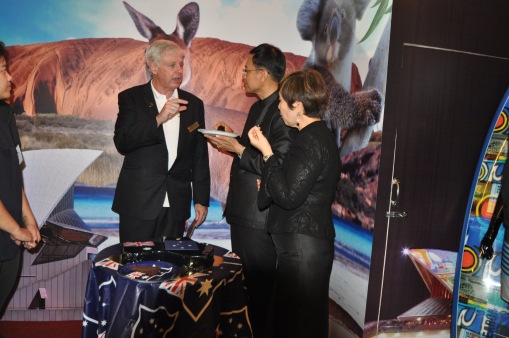 The Australian booth was one of 21 countries that presented themselves along with some Thai government agencies and a variety of commercial country product suppliers.

It was an opportunity to gather together and display Australian foods and clothing available locally; to feature some iconic pictures of the country for people to pose with, to have a Koala mascot from the zoo to feature our unique fauna; to sample laminations (aussie cake) and get body painting with Aussie images.

It was a time to ask questions and to seek information from local expats and Australian alumni about a variety of matters.

It was a time for some Australian classic songs and sing a longs. Tony, Aussie John and Lindsay along with their guitars, beat box and a didgeridoo created the entertainment. The pictures below highlight their performances over two days but this video on YouTube is a great example of their talents and contribution to this event:  Check it out HERE 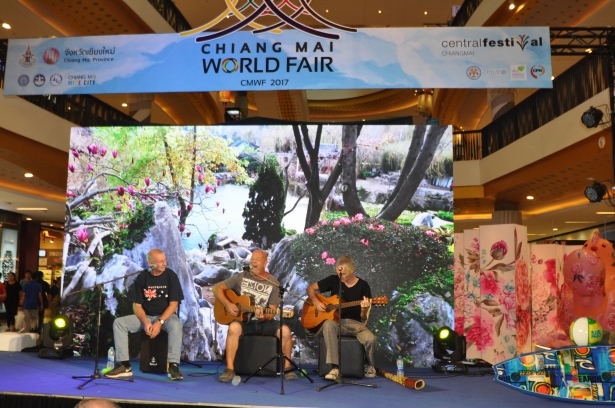 It was busy in the booth – lots of activity and sharing.  We were assisted by great aussie expats and charming alumni.  Two students from Payap University joined us with their bilingual skills to help engage with the local Thai visitors.

It was team work, it was fun and rewarding to feature Australia in Chiang Mai. Here are some of the smiley and happy helpers. 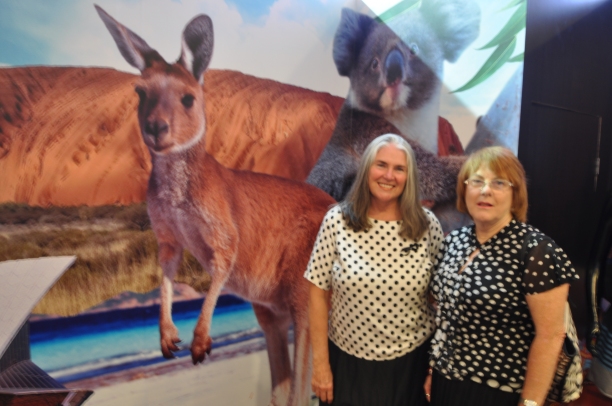 We had a few special visitors to our booth and we visited two Australian product and services booths as well – thanks so much for being part of the Australian offering. 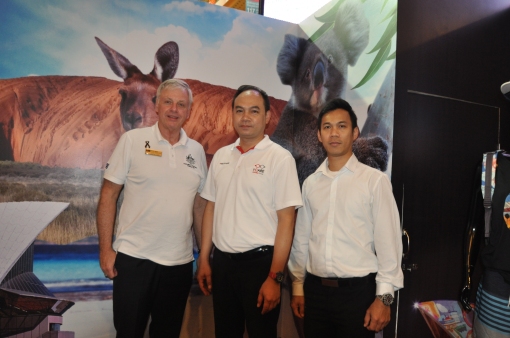 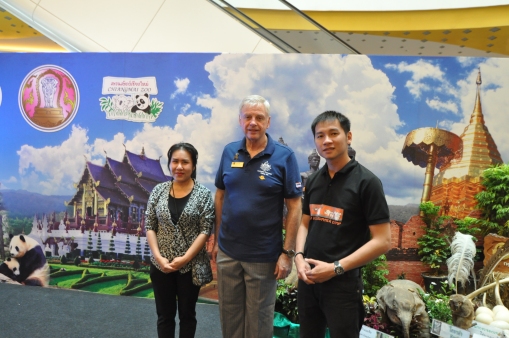 What better way to feature the event than with pictures – you can see for yourself.  Maybe next year it will be back, bigger and better. 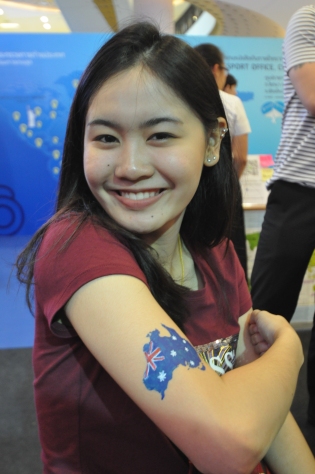 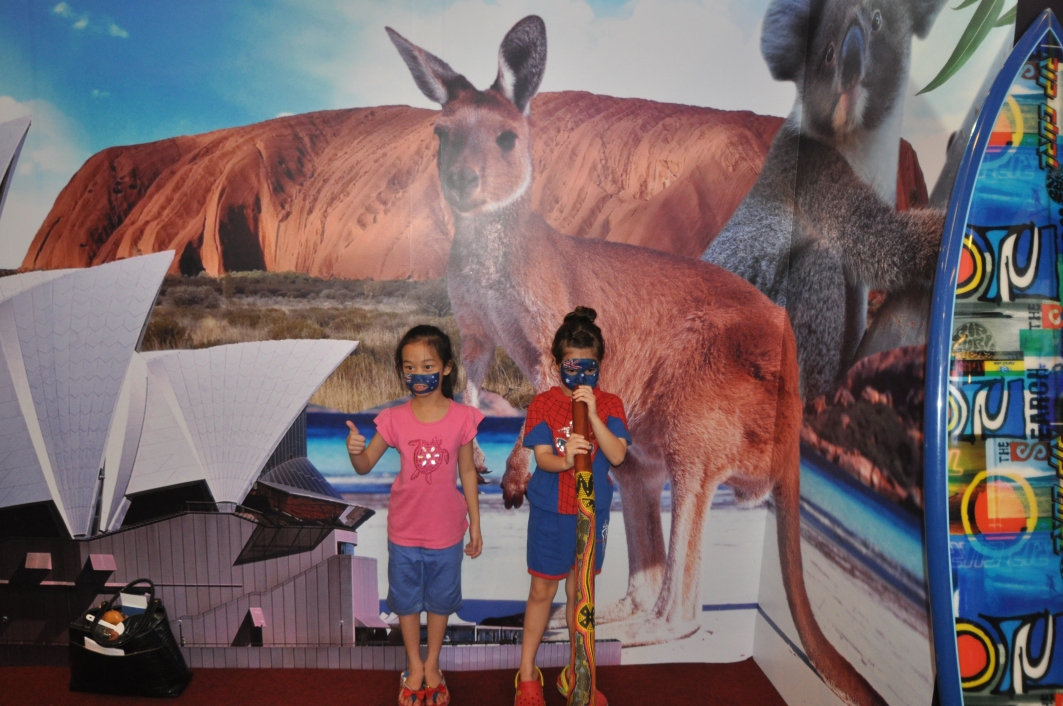 The got the whole lot

when is my turn 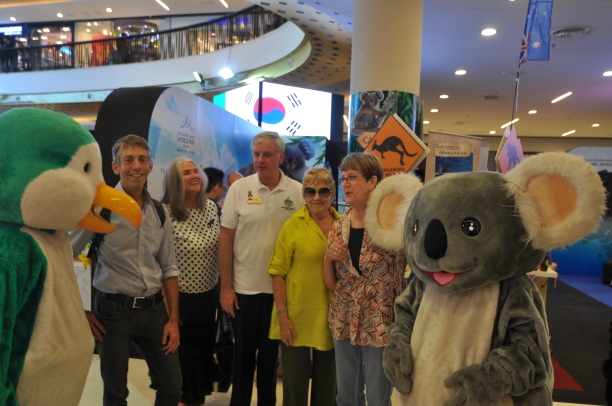 this is all about Australia 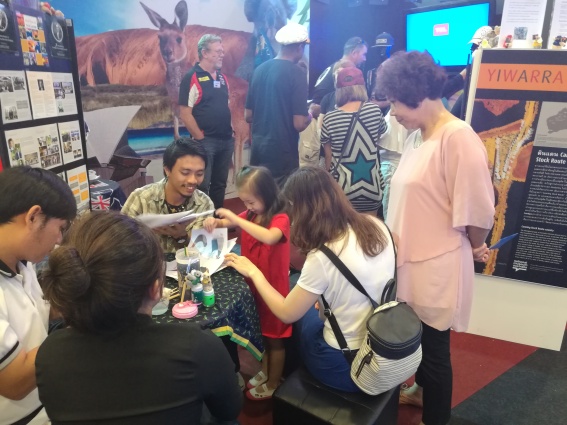 which one will i pick

dad and son get inked

The event and our booth wouldn’t have been possible without the support of the Chiang Mai Governor and his team, the Australian Embassy Bangkok and the wonderful team belonging to the event organiser.  Special mention goes out to Khun Tudu who was our contact and special support person – proudly supporting Australia.