I was invited to attend an early morning service in honour of the late HM the King with other Government officials and members of the Consular Corps. 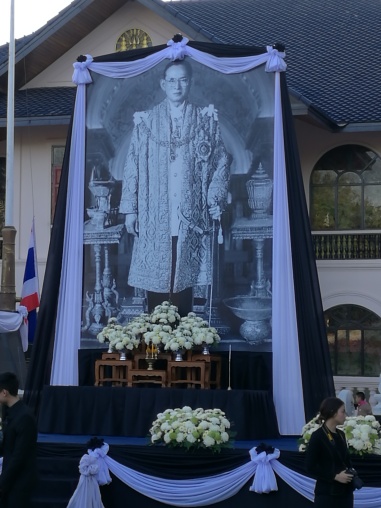 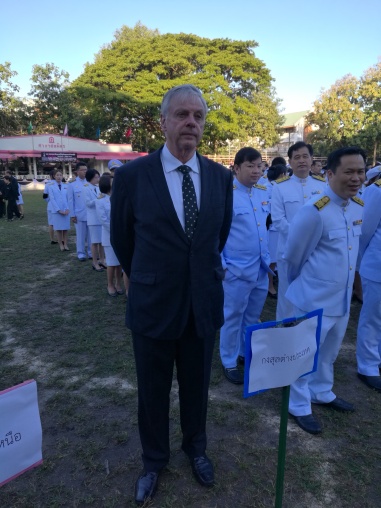 The event was held at one of the large schools in the city near 3 Kings Monument.  The proceedings involved various groups of officials standing in order for the national anthem, flag raising and pledging of a commitment to kings principles.

Afterword a large contingent was escorted to the school auditorium where monks performed a service with Government representatives.  The deputy Governor presided over the function.   The pictures explain more than the words and it was an honour to represent Australia at this service. 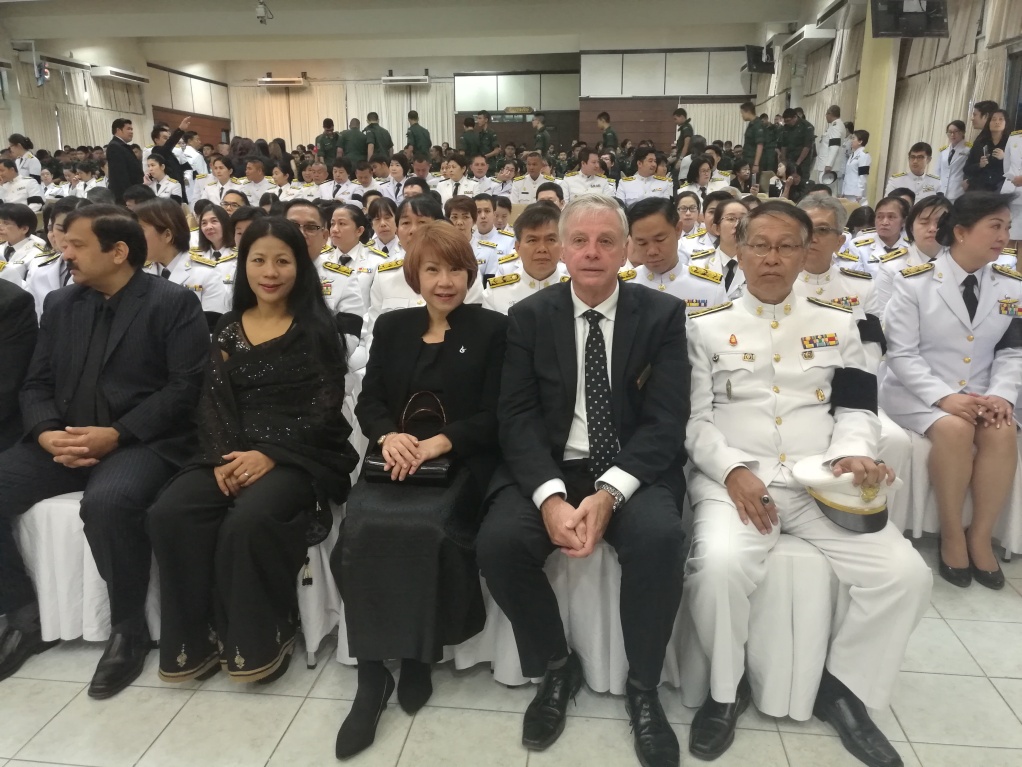 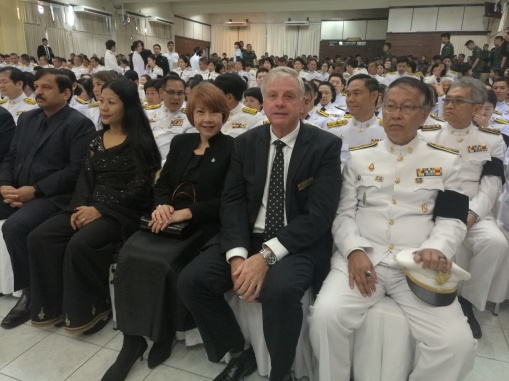