As the Honorary Consul (designate) of Australia I was pleased to attend a Canada Day celebration being held at Le Meridien Hotel on the 30th June hosted by the Canadian Ambassador to Thailand, H.E. Philip Calvert and his Honorary Consul in Chiang Mai, Khun Jakarin Wangvivat.

It was an intimate event with time to socialise with some Canadian Embassy staff, the CM Consular Corp, Thai Government officials and local business people. The accents in the room and talk of things Canada reminded me of my country of birth. 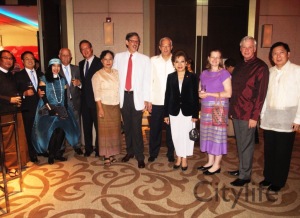 It was enjoyable chatting with the Ambassador, who is retiring soon, about his plans for a more relaxed life on Vancouver Island. He had visited Australia and like it very much. 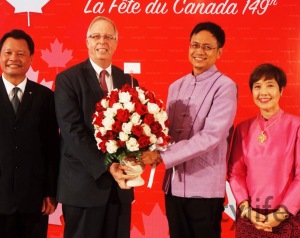 The Ambassador, the Governor of Chiang Mai and Honorary Consul addressed the group and related some history of the Thai/Canada relations.

Thanks to the Canadian Consulate for the invitation and very nice evening. 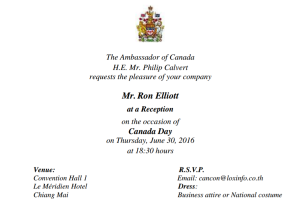